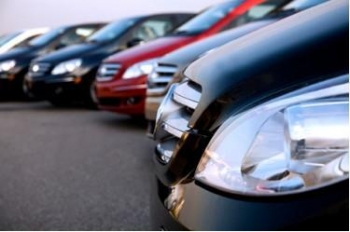 The Federal Government previously announced that it would introduce a temporary 'investment allowance' giving business owners an additional tax deduction equal to 10% of the cost of eligible depreciating assets. The tax deduction is on top of the usual capital (depreciation) deduction. Qualifying assets costing $1,000 or more will attract the extra deduction provided they were acquired between 13 December 2008 and 30 June 2009 and are installed, ready for use by 30 June 2010.

The Government has now 'upped the ante', increasing both the amount and the scope of the allowance to be known as the 'Small Business and General Business Tax Break'. The tax break can effectively provide a significant reduction in the cost of new plant, equipment, furniture and fittings, vehicles and machinery. Second hand assets do not qualify with the exception of demonstrator vehicles while cars using the ‘cents per kilometre' method of claiming expenses are ineligible.

Under the revised provisions, small businesses with an annual turnover of $2 million or less can claim an additional tax deduction equal to 30% of the cost of eligible assets. These include assets costing $1,000 or more acquired from 13 December 2008 to 30 June 2009 and installed, ready for use by 31 December 2010.

Instead of soaking up your working capital or line of credit (i.e. overdraft) to acquire these capital assets many businesses will finance the acquisitions. Pending the passing of the legislation, the investment allowance will be available to businesses when financing asset acquisitions with Hire Purchase Arrangements or Chattel Mortgages.

In March and April 2009 the Government will be providing low and middle income households and individuals with one-off payments as part of its $42 billion 'Nation Building and Jobs Plan'.
The payments will not be taxable or deemed income for social security purposes.

1. Tax Bonus for Working Australians
This bonus payment will be available to Australian resident taxpayers who paid tax in the 2007/08 financial year (after taking into account available tax offsets and credits).
The payment is subject to an income test and eligible taxpayers will receive a :

Taxpayers will not need to apply for the bonus as the Australian Tax Office (ATO) will automatically make the payment after determining eligibility. However, the tax bonus will only be paid to taxpayers who have lodged their 2007/08 tax return by 30 June 2009.

Note that the ATO has advised people to contact them by the middle of March 2009 on 1300 686 636 if they need to change their address or bank details to ensure the money is deposited into the right bank account or the cheque is mailed to the correct address in early April 2009 (e.g. the address or bank account recorded on your 2008 tax return).

2. Single Income Family Bonus
This one-off bonus payment of $900 is for families with children that have one main income earner (i.e. families who, on 3 February 2009, were eligible to receive Family Tax Benefit (FTB) Part B). The payments will be made automatically by Centrelink from 11 March 2009.

3. Farmer's Hardship Bonus
The Government will provide a one-off payment of $950 to farmers and rural-dependent small business owners who, on 3 February 2009, are receiving certain income support and exceptional circumstances relief payments. The payments will be made in the fortnight commencing 24 March 2009.

5. Training and Learning Bonus
This $950 payment consists of two categories. Eligible students and secondly an additional incentive for social security recipients to return to education and training.

The Tax Office have announced a practical approach to assist those donating to help the victims of the Victorian bushfires and Northern Queensland floods.

People who give to ‘bucket donations' can claim a tax deduction equal to their contribution up to $10 in their 2008/09 tax return without the usual need to keep a receipt.

If people use the web or phone to make a donation over $10, their web receipt or credit card statement will be satisfactory. Others should be provided with a receipt for their contributions.

This also will apply to donations collected through third parties such as banks and retail outlets. Taxpayers should be reminded that only donations to approved organizations (listed as 'deductible gift recipients' at http://www.ato.gov.au/) can be claimed as a tax deduction.

The Treasurer has called on parents to make sure they keep their receipts to make the most of the new Education Tax Refund. Eligible families will be able to claim a 50% refund (through their tax return) for key education expenses up to:

Parents entitled to FTB (Part A) for children in primary or secondary school for the relevant financial year are eligible for the Education Tax Refund, as well as parents who would be eligible, but for the fact that the child receives certain payments or allowances, such as Youth Allowance, Disability Support Pension, and ABSTUDY Living Allowance.