The Government did not make any changes to the currently legislated tax rates which apply for the 2010/11 year and subsequent years. However, Personal Income Tax Rates have been adjusted to add the flood levy that was introduced into Parliament on 10 February 2011 and passed both houses of Parliament in March. The levy is expected to raise $1.8 billion to assist with the reconstruction efforts in the flood ravaged areas of Queensland and Victoria. The levy is to be calculated as follows:

The following table outlines the resultant tax rates applicable to resident individuals for the 2011/12 financial year and compares them to the current personal income tax rates (excluding Medicare): 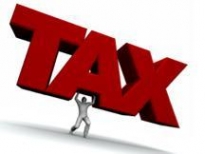 The Government will remove the ability for children under the age of 18 to access the Low Income Tax Offset (LITO). This offset has previously reduced the tax payable by minors on their unearned income from sources like dividends, interest, rent, etc. This measure specifically discourages income distributions to children from discretionary trusts.

In the 2010/11 year, minors can receive up to $3,333 of income without being subject to income tax due to the operation of the LITO. Effective from 1 July 2011, minors will only be able to receive $416 of unearned income before they pay tax. Income earned by minors from work will still be eligible for the full benefit of the LITO. Unearned income of minors who are orphans or disabled, as well as compensation payments and inheritances received by minors will not be affected by this measure.

Other Changes to Personal Taxation Rebates and Offsets

The Government also announced changes effective from 1 July 2011 that will provide additional cash to low income earners through an increase in the amount of the Low Income Tax Offset. The benefit will be delivered via a reduction in the tax withheld from salaries rather than through a rebate on their annual income tax return. A taxpayer with an annual income of $30,000 will receive an additional $300 during the year through lower income tax instalments on their salary.

As part of the Government’s measures to increase the participation rate of the workforce, commencing 1 July 2011 it will phase out the Dependent Spouse Tax Offset beginning with offsets paid to those with partners under the age of 40. Importantly, dependent spouses with children are not impacted by this phase out as they receive Family Tax Benefit B rather than the Dependant Spouse Tax Offset. Taxpayers with an invalid or permanently disabled spouse, supporting a carer, or people who are eligible for the zone, overseas forces and overseas civilian tax offsets will not be affected by this change.

From 1 July 2011, an individual taxpayer will no longer be able to claim work-related expenses as deductions where their income is derived exclusively from Government Assistance Payments. Eligible taxpayers will still be able to receive an automatic deduction of $550 (or a higher amount if it can be substantiated) in respect of the 2007 to 2011 income tax years.

From 1 July 2010, the Medicare levy low income thresholds will be retrospectively increased to $18,839 for individuals, $31,789 for families, $2,919 for each dependent child or student and $30,439 for single pensioners below Age Pension age.