A recent report from the ABS titled, ‘Australian Business Entries and Exits' has just buried the myth that four out of five businesses fail in the first year of operation. 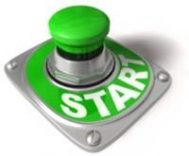 Of course, some businesses fail but what does failure really mean? If you start a business and realise six months later that you need to change direction and close that business down to start another venture, is that failure? The important point is, most people in business succeed. Surprisingly, the GFC didn't have a big impact on business failures in Australia. The entry rate for new businesses during '2008-'09 was down slightly, from 15.3% to 14.4%, presumably because the GFC deterred people from starting their own business. However, exit rates remained steady at 15.4% for 2007-08 and 2008-09.

As you would expect, the survival rate for start-ups was highest for those businesses with annual turnover of $2 million or more (85.6%) and lowest for those businesses with less than $50,000 (65.6%). The survival rate for start-up businesses that employ staff (82%) is much higher than those that don't employ staff (67%) which may seem odd given many start-up business owners are advised to start small, keep costs down and defer the decision to employ staff. The moral of the story is if you have the knowledge and experience in your industry, networks, contacts, financial backing and quality staff in the sales and operations area you have a very good chance of success. In fact, in some cases it will fast track your business success.

Despite all the negative press and lack of finance available, the GFC hasn't destroyed the start-up sector in Australia. Indeed, there are plenty of opportunities for smart start-ups to grow and prosper. Starting a business is a bit like a game of chess that requires the right opening moves. If you're thinking about starting a business come and talk to us today because we are passionate about small business and the success of our clients.